$40 Off All 4 Bedrooms – Limited Time Only
Virtual Tours Available!

The Academy on Charles 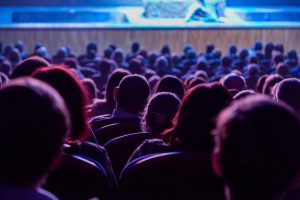 Don't Miss the Upcoming Performances at the Hippodrome Theatre

Just fourteen minutes from The Academy on Charles is a legendary theatre that dates back to 1914.

We're talking about the Hippodrome, and it was built on the site of the old Eutaw House, a luxury hotel constructed in 1835.

Originally, the theatre was a movie palace, and sound for the movies was provided by an orchestra.

When it closed in 1990, it was the last operating movie theatre in downtown Baltimore.

After an extensive renovation, it re-opened in 2004 as a world-class performing arts venue that hosts comedians, musicians, touring Broadway shows and more.

It was a cold winter's night in Dublin fourteen years ago when a music producer came up with the idea of creating a group of classically and traditionally trained Irish women. That's how Celtic Woman was born, and it wasn't long before they were a global sensation. They have sold more than ten million albums, and are currently entertaining audiences with songs from their latest album, Homecoming: Live from Ireland. Tunes include "Mo Ghile Mear," "Dulamon," and "The Parting Glass."

Fans of American Idol will likely recognize Chris Daughtry from season five. Since his time on the show, he has become one of the most consistent rock and roll torchbearers of the 21st century, and he tours around the world with his band. Their repertoire includes songs such as "Crawling Back to You," "The World We Know," and "Start of Something Good."

Called "An inspiring jolt of energy, joy, and mad skills" by Entertainment Weekly, the School of Rock is a fun musical that tells the story Dewey Finn, an inspiring rock star who's working as a substitute teacher. Watch what happens when he forms a band made of straight A students. This production features new songs from Andrew Lloyd Webber as well as those from the original movie.

The Hippodrome Theatre is just one of the cultural attractions near our apartments in Baltimore, Maryland. If you are looking for a place to call home, please contact us to schedule a tour.